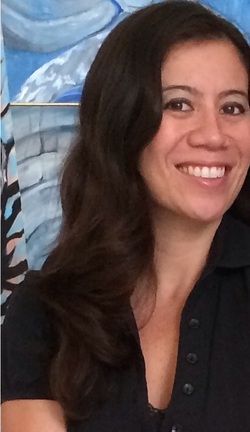 Sarah has been working, living and eating her way through Asia, Africa, Europe and the Americas for the better part of the last 15 years. After landing her first job abroad as an English teacher in Madrid, this native Atlantan managed to survive two harsh winters on the desolate Kazakhstani steppe as a Peace Corps volunteer, which pretty much convinced her she could survive anywhere.

She certainly channeled this "less is more" spirit on the island of West Timor, where she was working as a Communications and Public Diplomacy Specialist on the Australia Indonesia Partnership for Maternal and Neonatal Health Program (AIPMNH), a DFAT (AusAID) funded program based in the tropical metropolis of Kupang, Nusa Tenggara Timur before relocating to Indonesia's bustling capital, Jakarta, where she spent almost two years as the Public Affairs Specialist for Australia's Education Partnership with Indonesia, DFAT's largest overseas development project.

Before moving to Kupang, Sarah spent over three years in Vietnam's charming capital, Hanoi. Along with honing her motorbike driving skills and eating lots of phở, she worked as the Communications Manager for an International NGO aiming to build the bamboo industry in Cambodia, Lao PDR and Vietnam. She also published a variety of articles in Vietnamese publications, on topics as diverse as disaster-preparedness in flood-prone zones to where to get a $10 manicure and pedicure.

Heading to the Socialist Republic of Vietnam seemed only natural after the year she had spent as a Public Outreach Advisor on the USAID Armenia Tax Improvement Program (ATIP) in the former Soviet Republic of Armenia, where she worked with the State Tax Service of Armenia to design public awareness campaigns on taxpayer issues.

So as not to lose touch with her home country, Sarah spent a few years in Los Angeles and New York City in between her two stints in the former Soviet Union. After nearly eight years working overseas, she returned to the U.S. and is currently based in Washington, D.C. working as the Senior Program Manager for the USAID Development Outreach and Communications Training program.

Sarah has an M.A. in International Affairs/International Media and Communications from Columbia University's School of International and Public Affairs (SIPA) and a B.A. in English Literature/Spanish from the University of Oregon.